Once upon a time, there was a lonely soldier who lived in a faraway castle. He spent his days dreaming of having plenty of friends who would make him happy. Until, one fateful day, the King and Queen told him to scour the universe in search of the best toy land ever; a place where he could invite his future friends over.

After travelling through many fantastical realms and planets, the toy solider finally stumbled upon a world replete with fun games, activities and the best toys the universe has to offer. He named it "Fantasy World."

Soon enough, children from all walks of life descended upon this wonderful world to play with the toy solider and become the friends he had always wished for. They lived happily ever after. 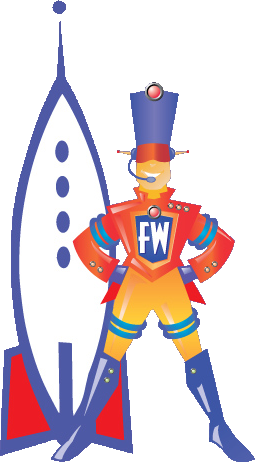 Fantasy World welcomed its first customer in Kuwait on April 28, 1996. Importing some of the finest toys from Europe, the United States and The Far East and retailing them at a 1000 square meter free standing building resembling a castle at the Al Rai business district in Kuwait, the US-designed store was the region’s first upscale toy store concept.
Organized according to categories of toys such as Amazing Minds, Early Years, Boys World, Girls World, Tweens  Lifestyle, Outdoor & Sports that cover all kids from infants to twelve-year- olds, most of Fantasy World’s toys meet American and European safety standards. From humble beginnings, the Fantasy World brand grew to become a leader of branded and specialty toys in Kuwait. Fantasy World now has six stores in Kuwait at different locations and is recognized as the first choice for toys and offers the latest, best and widest range of branded toys.

Fantasy World started its retail toy operation in Kuwait on April 28, 1996 at a 1000 square meter free standing building at the Al Rai business district in Kuwait, the US-designed store was the region’s first upscale toy store concept. Resembling a Castle from outside The Al Rai store was depicted as a World of Fantasy, beyond the boundary walls of the castle kids expression would go from awesome to wow once upon entering the store. The Michigan, USA based agency ensured the interior design of the store would multiply the excitement of the kids, Branded toys imported from all corners of the world are complemented with the soothing & lively atmosphere of the store. 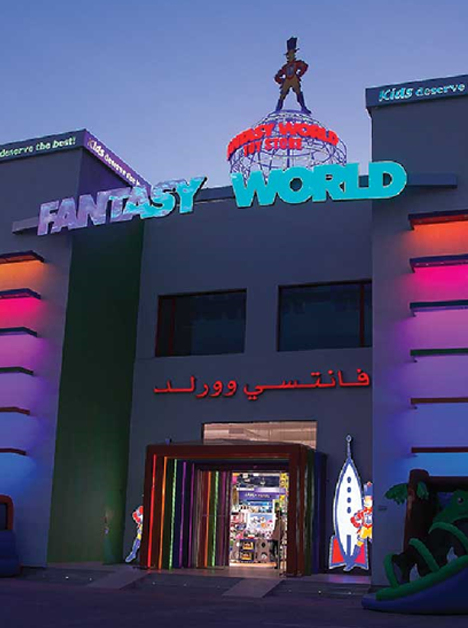 Promoted by the response & success received by the customers, Fantasy World took a big leap meeting the demands of the customers by opening 1 more stores in one of the high footfall busy mall famously named as ‘Souq Sharq’, on November 1998 with a 350 square meters store. Souq Sharq is a Mall built at the shores of the Arabian Sea, a favourite tourist attraction for the families on weekends, the interiors of our stores were ensured to maintain the similarity with that of Al Rai which gains an instant recall to their beloved toy store and thereby gaining high footfall. 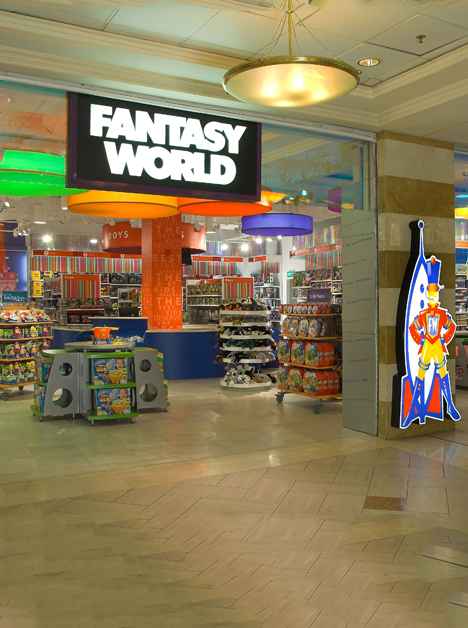 As time passed by, Kuwait witnessed a mall culture, identifying this trend Fantasy World grabbed one of the best possible location having 1218 square meters in the Largest Mall of Kuwait i.e. The Avenues and started its retail operations from January 2010 onwards. Located close to the food court kids an ideal location on the Phase 2 of the mall. Th objective of the store was to bring together the choice, depth and variety of the toy super store, coupled with the interactivity, intimacy and personal service of the speciality service boutique. 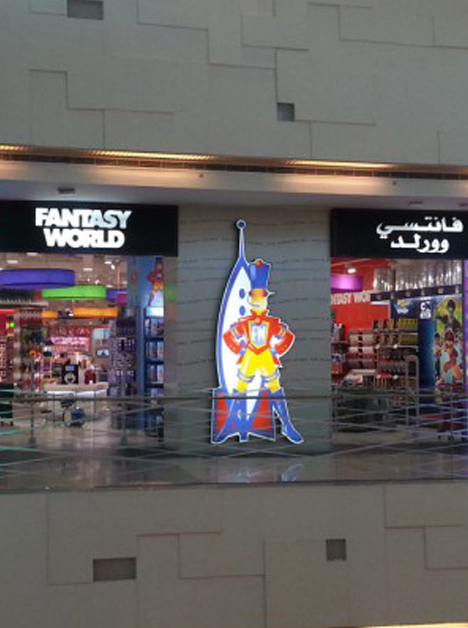 February 2017, opened gates to the 5th Fantasy World store in Kuwait in the newly built The Boulevard Mall the 467 square meters store is in the first floor of the mall located strategically in an ideal position between the food court and the children’s section. Nestled in the heart of Salmiya, the vibrant area south east of Kuwait City, with rich demographic diversity, Boulevard is an emerging oasis in the middle of the city, a fabulous work full of real facilities! Once a large desolated plot of land, the area is now one of the most wonderful green places to visit in the State of Kuwait, benefiting from excellent road access on all sides principally from the Fifth Ring Road and Arabian Gulf Street. 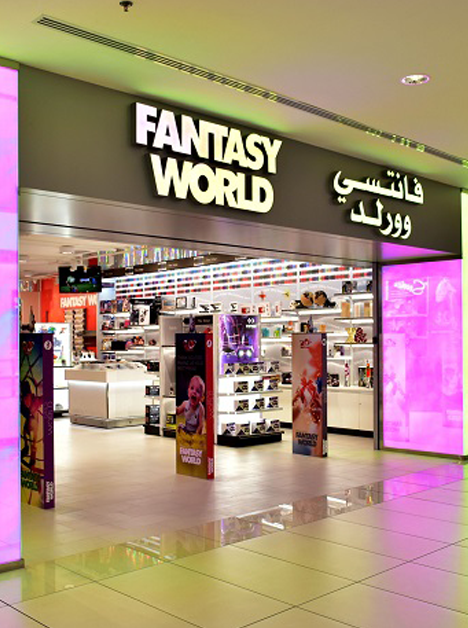 The people in and around Fahaheel often complained driving long distance to get their children to their destination of Fantasy. So Kuwait's favourite toy store responded by opening its sixth store in the landmark Al Kout Mall in Fahaheel in April 2018, with a 370 square meter store area. The brand-new store was made sure to replicate the other branches, so the children of this area too may pride with joy, brimming with the latest best and the trendiest toys in the world. 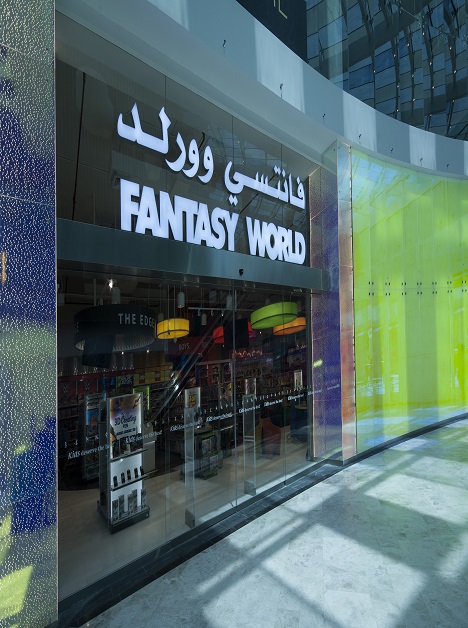 Fantasy World stepped into yet another Landmark achievement in March 2018. Our website was no more a catalogue display but now an Online Shopping store, giving shoppers the convenience to shop their favourite toys from anywhere in Kuwait any time while giving the option of home delivery or click and collect from any of the 6 stores.

Online shopping experience gets further enhanced by Fantasy World’s mobile application which brings customer shopping convenience within their palms. Now our customers can search for their choice of toys to understand its usability, buy it and get it delivered to the desired location, all this can be done from their mobile phone! Yes! the Fantasy World mobile application is available in IOS and Android platforms.